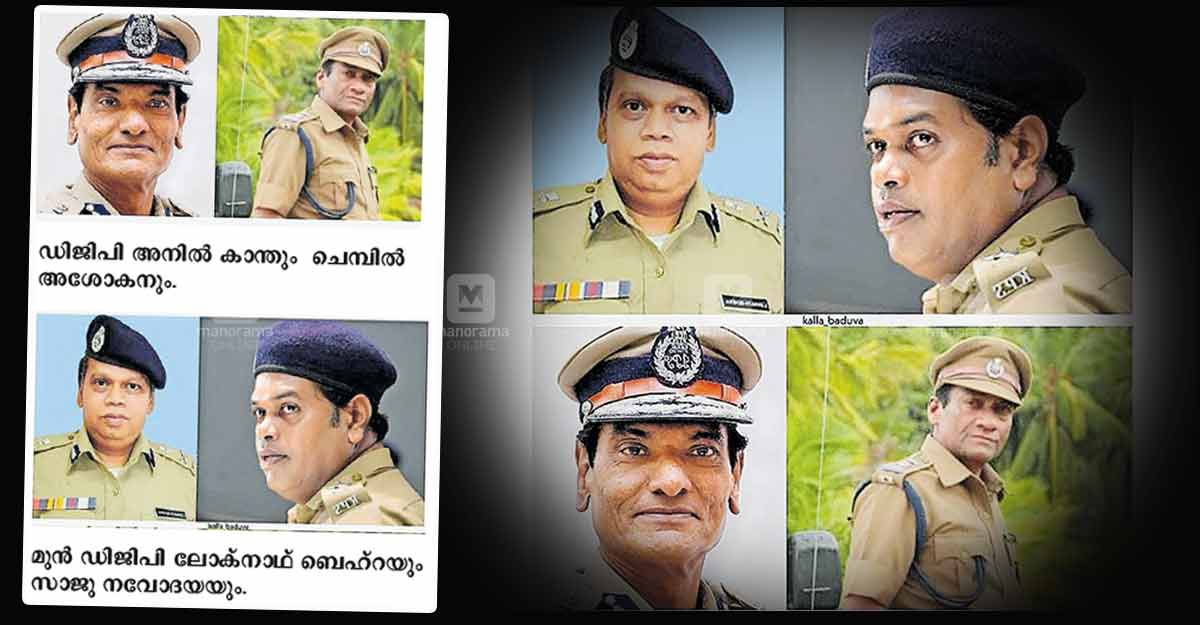 Pampady ∙ The rule of the state ‘troll’ chief is now from the copper of Vaikom. With the retirement of DGP Loknath Behra, actor Chembil Asokan took over from troll baton comedian Saju Navodaya. Saju Navodaya (Pashanam Shaji) shines in comedy shows with the look of Behra. As soon as Anil Kant took over as the new DGP, the trolls discovered that he looked like a copper Ashoka. In the new media, Asoka ‘took charge’ of copper.

Saju Navodaya, the outgoing Chief of Police Trolls, says: ‘I think the phone call came to me the other day more than the outgoing DGP. Most of the questions were about handing over the baton to Asoka in copper. Glad the friend was able to transfer the position himself. In our house I have not only Behra but also two Behra. My appearance is very similar to that of my mother and sister. I had earlier interviewed Loknath Behra for an hour and a half for a channel. He also saw all the trolls. Also seen at an event recently. I said to him: ‘Sir, I have escaped for a while because I have grown a beard and hair.’

The surprise of the new promotion has not changed. He had previously played the role of DySP in a movie. When I got a series of phone calls yesterday, I did not understand at first. Then it was realized that ‘Shaju’ had retired. Yesterday was my wife’s nephew’s wedding. Even there, people kept laughing. (Chembil Asokan)