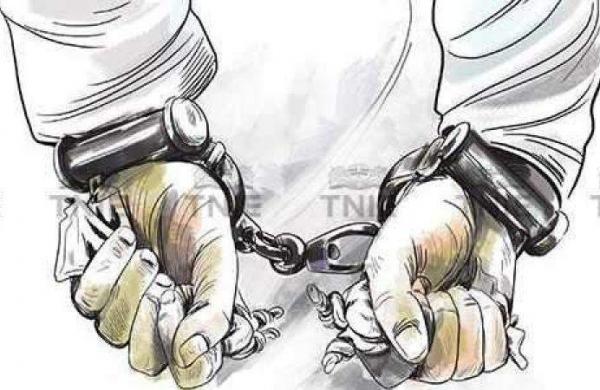 Kannur; Steal medical students’ laptops, not for money. What this thief has to tell is a story of six years of revenge. Kannur Govt. PG from Medical College Hostel. Tamil Selvan Kannan (25) has been arrested in a case of stealing a student ‘s laptop. It was followed by a six-year-long series of thefts.

He reached Pariyar by train in Kannur on May 28 and broke the lock of a closed hostel room on the eighth floor of the medical college and stole a laptop worth Rs 40,000. Medical PG Student Dr. The theft took place in the room when Ashwathy was on her way home. CCTV footage of Tamil Selvan stealing and leaving. The footage was obtained by police. The arrest was made during an investigation conducted with the help of Cybercell.

Tamil Selvan was arrested from Salem at the end of an investigation based on the mobile phones of those who arrived at the railway station. The man, disguised as an executive, is stealing without a doubt. During the subsequent interrogation, he spoke about the torture he had inflicted on various medical colleges in the country for six years.

He was mistreated by some medical students in 2015 in connection with a cyber threat to his girlfriend. With this, medical students started stealing laptops containing study information. The goal was to paralyze them mentally. Later it became a habit.

He started stealing laptops from medical college hostels in different parts of the country. Most of the thefts took place in the southern states. He was arrested in December 2020 for a similar theft in Jamnagar, Gujarat. MP from Jamnagar He was arrested for stealing six laptops from Shah Medical College. The robbery was carried out by collecting the addresses of medical colleges in various places through the internet.