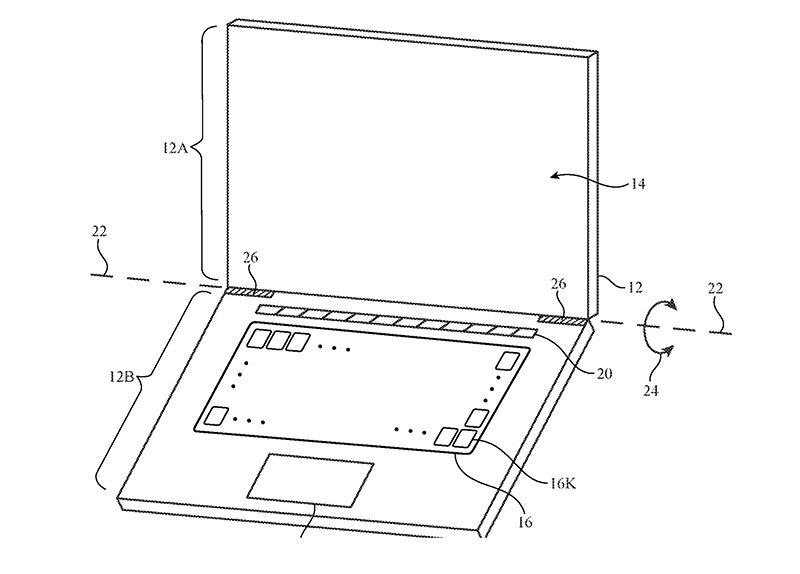 Apple may be about to reinvent the keyboard.

In a patent filing approved Tuesday just ahead of the U.S. Patent and Trademark Office’s 2020 filing deadline, Apple describes a keyboard whose keys would adapt to the task at hand.

The standard alphanumeric layout, for example, could be transformed into a task-specific display in which the keys could instead be used to perform functions. Audio recording enthusiasts can convert their keys into triggers that adjust volume, speed, and various special effects. Photo editing programs can assign tools to individual keys and multiple key combinations.

The patent states that key editable functions would be indicated by “dynamic labels”. These labels, according to a summary posted by patentlyapple.com this week, “can be generated using dynamically reconfigurable labels displaying components such as organic light-emitting diode displays with pixel arrays, electrophoretic displays with arrays. of pixels or other pixel arrays. “

Currently, users can insert silicone placemats on their keyboards indicating specialized software functions using key combinations. But some complain that the rugs generate an unnatural feel when typing, that they have to press the keys harder, and that they can’t hit that fast with the covers.

The dynamic keys offered by Apple will provide visual, and possibly tactile, feedback without diminishing the normal typing experience.

Dynamic keys can be used not only with various work tasks, but also with games. Customizable keyboards would instantly adjust to the required properties of each game.

Another handy application would be to allow users to switch keyboard languages ​​from English to, for example, Chinese or Hebrew.

The keys, according to patentlyapple.com, could be made of glass, ceramic, polymer, or sapphire.

The patent was filed under the oddly worded label: “Electronic devices having keys with coherent fiber bundles.”

Apple files hundreds of patents each year, many of which never see the light of day in practice.

Apple has focused its attention on keyboards several times over the years. Its 2015 introduction of “butterfly” keys on MacBooks, which ditched the long-used scissor-like structure under each key, was met with a lack of enthusiasm. Users complained that the keys stuck, some generated multiple unintentional presses, and others did not respond at all. Apple continued to use the keyboard until 2019 despite a large number of consumer complaints.

A creative user known to write a song daily for over a decade wrote a song parody about the keyboard issue in 2017 titled “I hit the space bar and nothing happens.”

Legal action was filed against Apple in May 2019 and Apple, following an apology to affected users, launched a free repair program for all MacBook users.

In November, Apple received a patent to integrate Force Touch into the MacBook Touch Bar. Force Touch uses sensors to analyze click pressure and determine which finger is being used. The keyboard performs different functions depending on the finger used and the pressure applied. It uses a Taptic motor to provide physical feedback to the user via vibrations.

A patent was also issued this year for an Apple keyboard that attaches magnetically to a portable device.

Apple could bring Force Touch to the Macbook Touch Bar