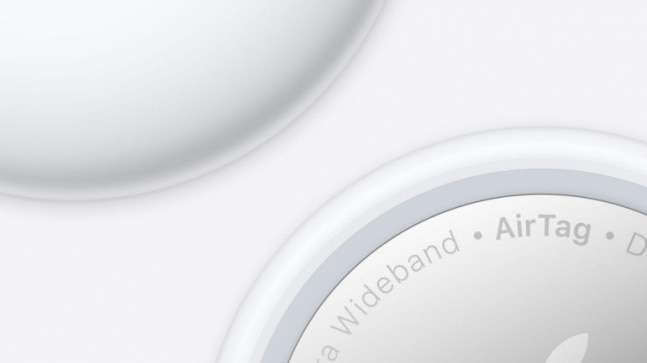 AirTag is finally here, and the new iPhone accessory helps track and locate lost items with the company’s Find My app. AirTag lets you track things like keys, wallet, backpack, and other items you can’t afford to lose. The all-new AirTag has been the subject of rumors for a long time, and the unveiling at the company’s spring event on Tuesday was expected. During the keynote, Apple’s executive explained how the new tracker works, but didn’t mention an interesting item that even Android phones can identify an AirTag in lost mode. This is a great move by Apple to boost the odds of getting the AirTag back. However, that doesn’t mean you can use the brand new AirTag with an Android device.

AirTags comes with an IP67 rated body that sports polished stainless steel and incorporates a built-in speaker to help users locate the tracker. It comes with a removable cover that allows users to easily replace the battery. Apple has confirmed that users can personalize AirTag with free engraving available from the company’s online store in India. An AirTag can be placed in a bag or pocket for the item you want to keep track of. The brand new accessory comes with a polyurethane buckle, a leather buckle and a leather key ring. AirTag requires iPhone SE, iPhone 6s or later, or iPod touch (7th generation) with iOS 14.5 or later, or iPad Pro, iPad (5th generation or later), iPad Air 2 or later, or iPad mini 4 or later with iPadOS 14.5 or later.

What does Android’s limited support for AirTags mean?

AirTags can work with Android devices to some extent, and that doesn’t mean you can buy the new rival Tile and start setting one up on your Android device. The details were revealed by a support page on the company’s website that says, “You can view a lost mode message on any NFC-enabled smartphone, such as an iPhone or Android phone.”

This means that AirTags do not work with Android devices even though they have NFC connectivity. It’s also not possible to set up an AirTag using an Android device, so you need an iPhone to do it. So where does Android support play a role? Well, it’s a masterstroke of the company to ensure that the chances of recovering a lost AirTag are maximum by opening it in lost mode, even for Android devices.

What happens when an Android user retrieves an AirTag lost by its original owner? Apple explains that any AirTag that is separated for a while from the person who recorded it will play a sound to alert people nearby. If a user finds an AirTag after hearing it play a sound using an NFC-enabled iPhone or Android device, then they can press and hold the top of the NFC-enabled Android smartphone on the white side of the device. ‘AirTag. They will see a pop-up notification that will open a website that provides information about the AirTag, including its serial number. If the owner has marked the AirTag as lost, users can see a message with information on how to contact the owner.

Apple being a company focused on confidentiality, did not forget to keep the encryption for its little tracker. When the Find My network is used to locate an AirTag, user information is protected with end-to-end encryption, which means that no one, including Apple, knows the location or identity of participating users or devices that helped locate a missing AirTag.

How do AirTags work?

AirTags comes with an Apple-designed U1 chip that incorporates the company’s Ultra-Wideband technology, enabling search for iPhone 11 and iPhone 12 users. The Find My app can show directions to a lost AirTag when ‘it is within range.

Once you’ve set up the AirTag, it will appear in the Find My new Items tab, where you can view the item’s current or last known location on a map.

Let’s say if you have marked AirTag in Lost Mode then you will be notified when it is in range or has been located by the Find My network. If someone finds a lost AirTag, they can touch it using their iPhone or any NFC-enabled smartphone and be taken to a website that will display a contact phone number for the owner.