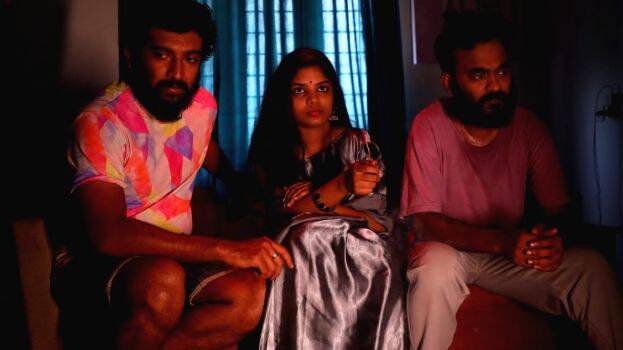 Appani Sarath, who has made a mark in the minds of the Malayalees through his popular characters, has come up with his own web series to shock the audience. Life partner Reshma with support for the star. The web series ‘Monica’, written and directed by Appani Sarath, will be released soon. Apani Sarath and his wife Reshma Sarath are the central characters in Monica, which brings together interesting events in family life. Although we have a lot of visual experiences of the star couple playing and laughing, ‘Monica’ is the most interesting of them all. The story travels through the small moments of daily life, combining laughter and thought. Starring Sinoj Varghese, Manu S Plavila, Kripesh Ayyappankutty and (Kannan) Shinas Kollam. The script and dialogues of the web series produced by Vishnu are by Manu S. Plavila is ready. Camera: Siby Joseph, Vision Paramel Jayaprakash. Editing & DI: Francis Louis, Music and Background Music: Vipin Jones, Lyricist: Sarath Appani (Malayalam) Divya Vishnu (English). P.R.O: P.R. Sumeran.