Skip to content
It’s the last day of the year, and the TRP ratings of the 5 most watched shows from December 19 to 25 are out. Like the last two consecutive weeks, Anupamaa and Kundali Bhagya managed to grab the first 2 places.

Anupamaa star Rupali Ganguly and Sudhanshu Pandey continue to catch all eyeballs and is also number one this week. The trials and tribulations of Anupamaa, Vanraj and Kavya (Madalsa Sharma) are appreciated by all.

On the other hand, Kundali Bhagya of Shraddha Arya and Dheeraj Dhoopar kept his loyal following intact with the honeymoon piece. Karan and Preeta’s honeymoon, spoiled by Mahira and Sherlyn, kept everyone engaged and entertained.

In the third and fourth place we have two shows, which were premiered a few months ago. And surprisingly, the audience has taken a keen interest in the story track – Imli and Ghum Hai Kisikey Pyaar Mein are enjoying their place like last week.

A look at the numbers: 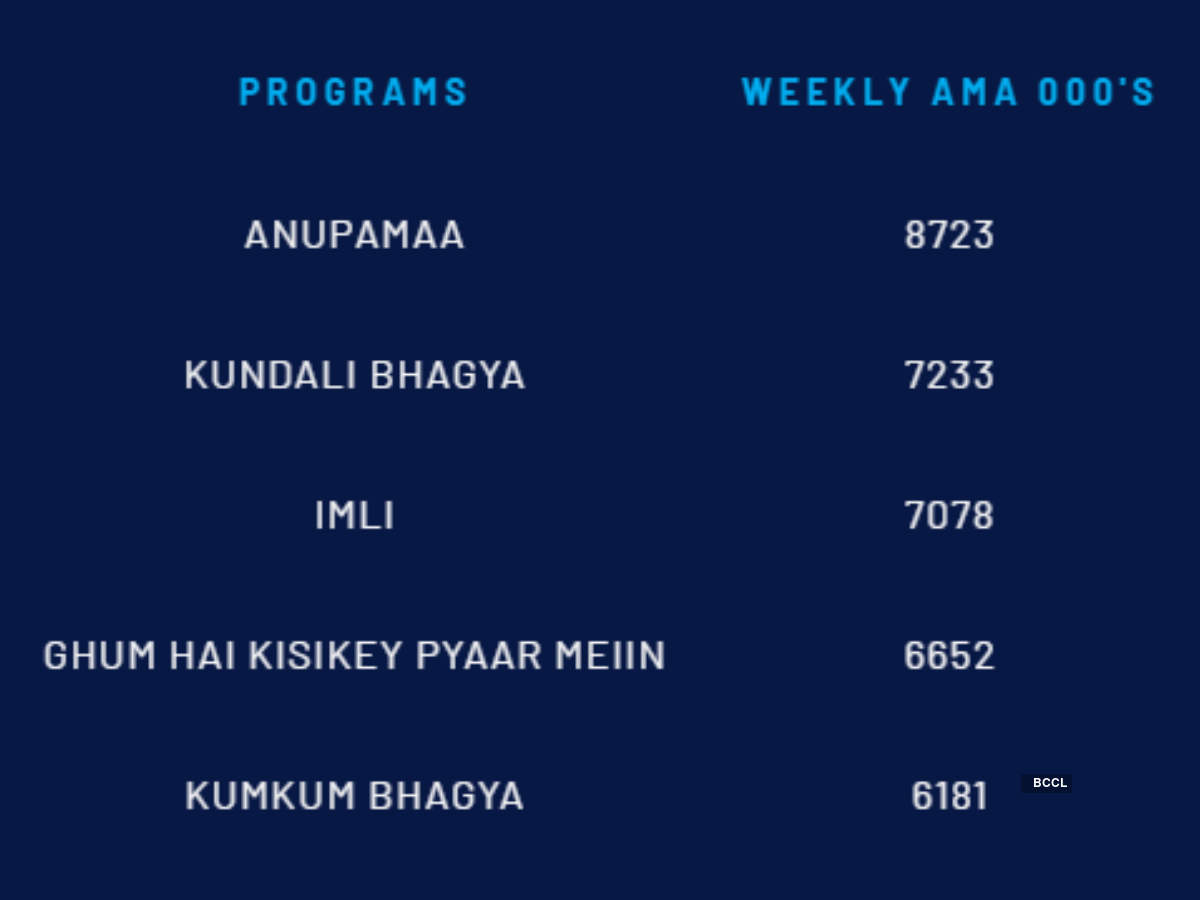