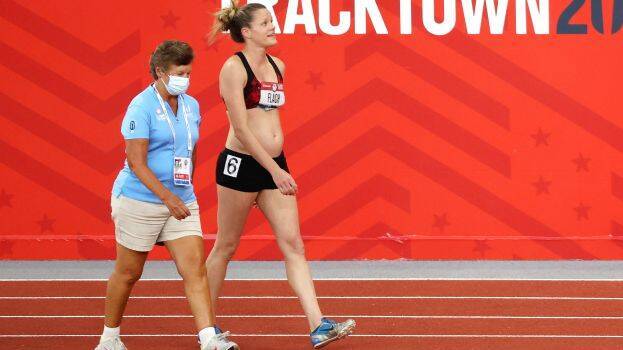 New York: U.S. athlete Lindsay Flatch, who competed in the Olympics with a full stomach, is receiving both criticism and praise. The 31-year-old was four-and-a-half months pregnant when she attended the Flash trials. Despite this, everyone knows about the incident when Flatch, a heptathlon star, entered the field and was caught on camera. Flatch said after the race that she had been working for the Olympic trials for years and that not being on the field because she was pregnant would be an insult to her work. Flatch said he could not compete in the Olympics due to his current physical condition, but that it was important to attend the trials.

But critics say Flatch’s act has ruined someone else’s opportunity. There is also criticism that participating in competitions at this time could endanger the lives of Flatch and the baby. But Flatch said he expected such criticism even before the match and that he did not care.