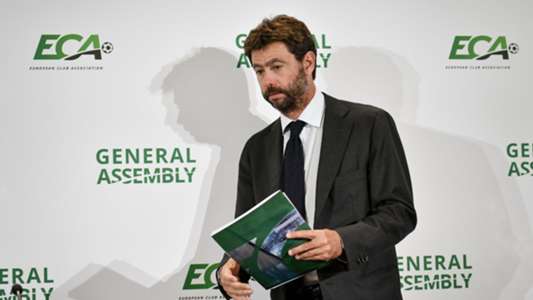 Andrea Agnelli, president of the Association of European Clubs, has said he wants to see changes in the transfer market, including a potential rule that would prevent Champions League clubs from buying and selling. He is also open to the idea of ​​capping the amount of silver sales below triple.

Transfer fees have skyrocketed in recent years and, because of the coronavirus, clubs around the world are suffering financially.

In response, Agnelli, who is also the president of Juventus, is puzzled by a rule that would prevent the best clubs in the world from buying from each other, instead forcing them to look to smaller teams and leagues.

“No triple-digit transfer between participating clubs in the Champions League might do [mean] instead focusing on champion players in smaller countries, only allowing us to buy players there, ”said Agnelli.

“These are things we are discussing, but controlling costs will certainly be one of the biggest challenges in terms of future reforms.”

In addition to changes in the market, Angelli also says he believes changes are coming to national and European timetables.

Agnelli has revealed that he has had “fights” with UEFA President Aleksander Ceferin over the future of football, adding that he believes the system needs to change to attract modern supporters.

The Premier League has generally opposed proposed changes, but Agnelli believes English football will have to change.

“If we look back, the Champions League have played four more games than today,” Agnelli said. “I think the balance we’re trying to find is an international third [European competition] and two thirds at the national level. We can take a look at the general schedule, we have countries like England with a maximum number of games at 53, if I’m not mistaken, Germany is 43 and Italy too.

“We think that currently, for reasons of competitive balance, 20 teams in the leagues is too much. There is an overarching element that could in fact be worked out for the benefit of all. “

The Champions League, meanwhile, could move towards a move to a “Swiss system” that would include 36 teams in a single league table.

“I think we are very close to my ideal Champions League, I think the Swiss system is magnificent,” he said. “I think it will provide great opportunities for the teams participating in this competition.

“It will provide the knockouts that are the essence of any competition. It is very, very close to an ideal Champions League. We may be in a few weeks.”