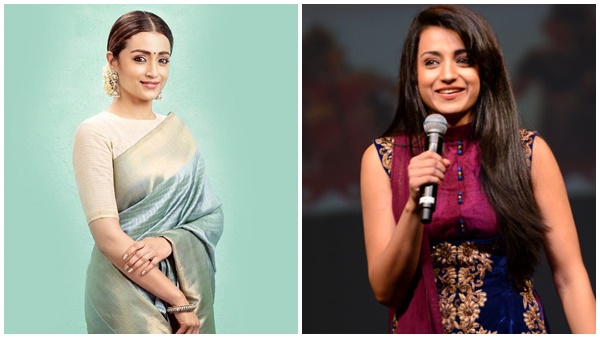 Trisha Krishna has the most followers. The actress started being active on social media after the lock down. He has 2.8 million followers on Instagram. The Instagram story shared by the actress is now going viral on social media. According to fans, this is the actress’ response to the wedding gossip.

The actress has shared a picture of a pet dog as an Instagram story. ” The film shares that he likes four-legged boys who are emotionally close. The actress’ picture and post have gone viral on social media. Prior to this, Trisha had a pet dog on her Instagram.

Trisha is an active presence in gossip columns. There is a lot of news about the actress’ marriage circulating on social media every day. But Trisha does not pay much attention to any such news. In 2015, the engagement was over. But it was later abandoned. Earlier, in an interview to a media, the actress shared her views on marriage. “I’m waiting for someone who understands me specifically. It will be a romantic wedding. “If I don’t meet the man of my dreams, I have no problem staying unmarried till then,” she said. Trisha was in love with South Indian actress Rana. But then the two had a breakup.

After a short hiatus, Trisha is back in action. After 2016, the actress stayed away from cinema for a year. The film, which came out after the break, was a huge success with 96. The film, which was released in 2018 by Vijay Sethupathi and Trisha, is still a hot topic among the audience. Paramapatham Vilayattu is the actress’ latest release. The movie was released on Hotstar. Ponniyin Selvan, Garjanai, Sathuranga Vettai 2 and Rangi are Trisha’s upcoming films.