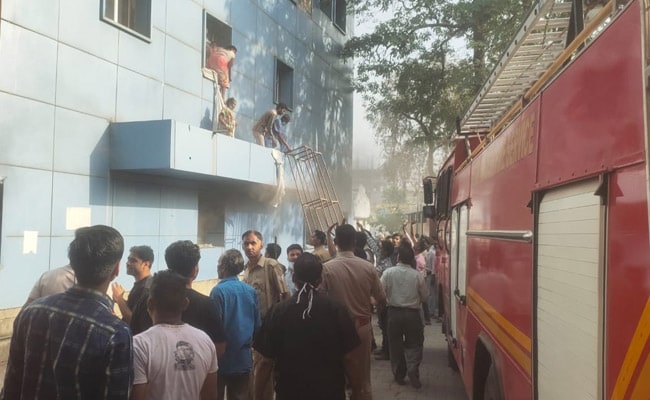 All patients have been evacuated to safety, police said.

A fire broke out this morning in the cardiology department of a government hospital in the city of Kanpur, Uttar Pradesh, police said, adding that there were no immediate reports of casualties. .

At least 146 patients were admitted to the LPS Institute of Cardiology, which is part of the Ganesh Shankar Vidyarthi Medical College, run by the UP government, located in the city of Kanpur when the fire broke out around 8 a.m. morning, police said, adding that all patients had been transferred to safety. “The fire is under control. 146 patients were safely evacuated after the start of the fire. Nine patients are still in intensive care, but they are medically safe. No casualties have been reported by firefighters for the moment, “aseem Arun, police commissioner, Kanpur, said.

Reports say the fire started in a hospital storage room but did not spread to other parts of the hospital.

The state government ordered an investigation into the incident. “The Chief Minister learned of the fire in the building of the cardiology department in Kanpur. He ordered that all evacuated patients receive immediate treatment. He requested a report from the district administration and led a high level team from the Princial Secretariat. Health Education and DG Fire should visit the site today and submit their report immediately, ”the government said in a statement.