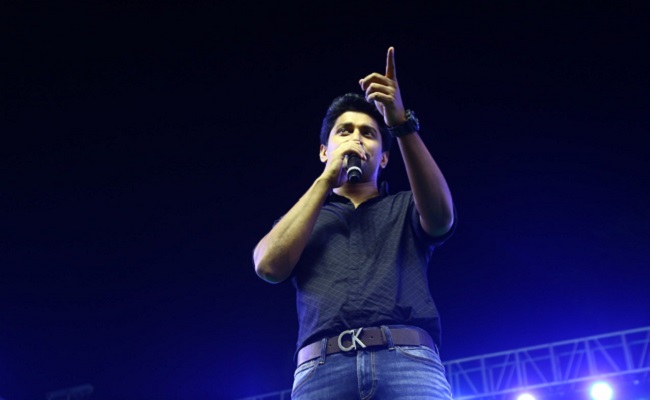 Nani’s first Tuck Jagadish promotional event called Parichaya Vedika which is the first of its kind in Tollywood is held at Rajahmundry and it is a big success with a huge crowd attending the function.

Director Shiva Nirvana said: “I thank my producers who gave me the same support during the Covid era. It will be a pleasure to watch brothers Nani and Jagapathi Babu together. It’s full package advertising and entertainment with family emotions. Nani will appear in another avatar. I will reveal to you a dialogue in the film: Kondariki kula pichi, kondariki dabbu pichi untundi, kaanee naaku kutumbam ante pichi.

Nani said, “I recently announced that I am coming to Rajahmundry for the function. But I’ve been touring here for Shyam Singha Roy for a week. While filming, a fan warned me saying that if I don’t accept the selfie with him, he won’t allow filming there.

Tuck Jagadish does not go out without receiving his mother’s blessing. Likewise, I also feel like I receive my mother’s blessings before attending a promotional event. Since my mother is not here, I will receive a blessing from one of the mothers here. “

Nani then introduced all of the actors and their characters in the film starting with Nasser as her father Adi Sesha Naidu.