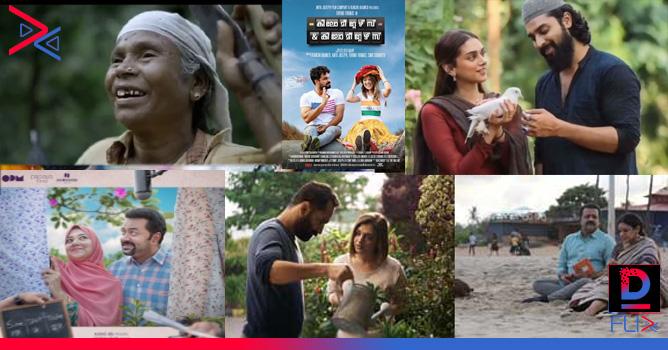 As far as Malayalam cinema is concerned, this is the year when only a handful of films have been released in this decade. The best films came out in the first quarter of the year but the films were under threat because of Kovid.

Along with the best movies, many hit songs were released this year. Here are the eight hit songs released in Malayalam this year.

Kalakkatha Sandanamere was a song that introduced the artist Nanchiamma to the Malayalees. Sachi had found Nanjiamma from Attappadi for his film.

The song was composed and sung by Nanchiamma herself and arranged by Jacques Bijoy. It was one of the viral songs of the year. Nanjiamma’s songs in the film were also released.

2. Without blinking an eye – Shylock

Shylock was directed by Ajay Vasudev with Mammootty in the lead. Gopi Sundara composed the music for the bar song ‘Kanne Kanne Visathe’. The song was sung by contestants Shwetha Ashok, Narayani Gopan and Nanda J Devan from Sarigamapa, a reality show on Sea Kerala channel. The lyrics of the song were written by Viveka.

Gautham’s Chariot was directed by newcomer Anand Menon with Neeraj Madhavan in the lead. Vinayak Sasikumar wrote the lyrics for the song ‘Uyire Kavarum’ sung by Sid Sriram in the film. The song was composed by Ankit Menon.

Anoop Sathyan, son of Sathyan Anthikkad, was the first to write and direct the film. Shobhana, Kalyani Priyadarshan and Dulquer Salman played the lead roles in Suresh Gopi’s comeback film. Unnikrishnan’s song was the first song to be sung in the film.

The music was composed by Alphonse Joseph with lyrics by Santosh Verma.

Trance was directed by Anwar Rashid shortly after. Raat was the song used for the intro of Nazriya’s character in the film. The song was composed by Vinayak Sasikumar and Kamal Karthik and composed by Rex Vijayan. The song was sung by Neha S Nair and Sneha Khanwalkar.

Kilometers and Kilometers was the first film to be released on the miniscreen in 2020. Directed by Geo Baby, the film stars Tovino Thomas in the lead role. Parake was a song written by Vinayak Sasikumar with music by Suraj S Kurup. The song was sung by Ramshi Ahmed.

Sufi and Sujatha was directed by Naranipuzha Shanavas. The songs of the film were composed by M. Jayachandran. The lyrics of the song were by BK Harinayan. The song was sung by Nithya and Arjun Krishna.

Halal Love Story was a film directed by Zakaria after Sudani from Nigeria. The song ‘Subhanalla’ was written by Moohsin Parari. The song was composed and sung by Shahbaz Aman.