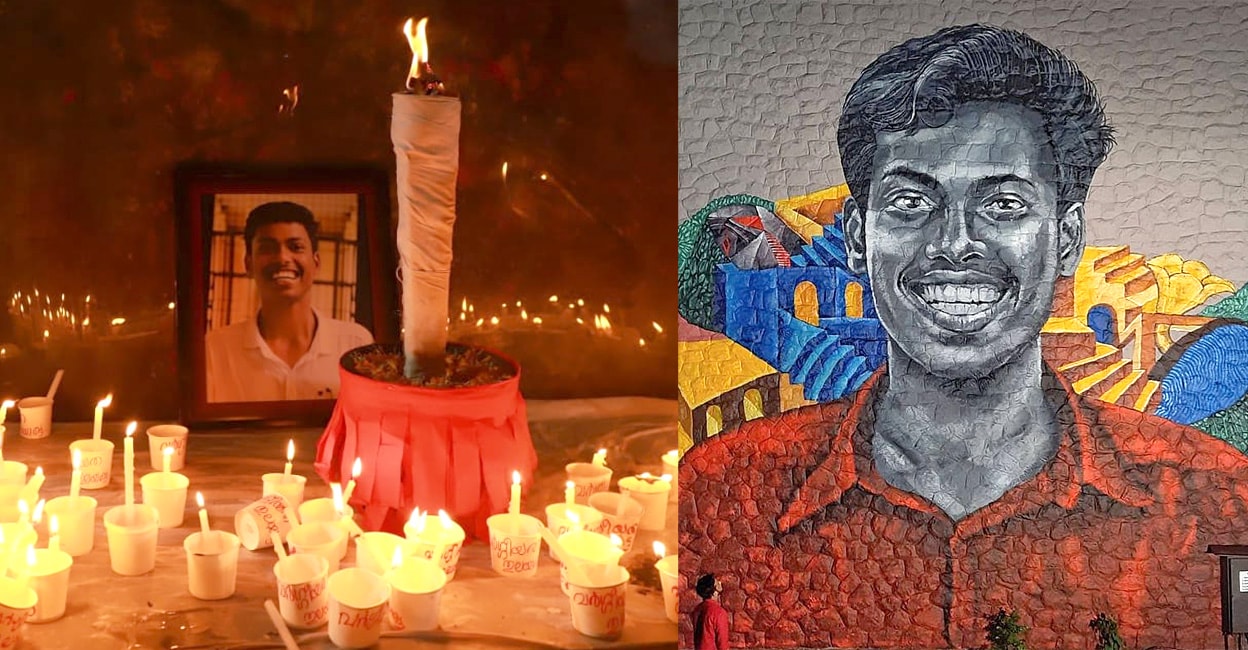 Kochi: It has been three years since the cry of Abhimanyu’s mother Bhupathi, who came to Kochi from the small village of Idukki Vattavada, brought tears to Kerala. Family and classmates are worried that the resumption of the trial will continue as all the accused in the Abhimanyu stabbing case are being held outside.

Proud not to die in the memories

On the day of Abhimanyu’s remembrance, his classmates and activists organized various events in the memory of his beloved comrade in the Maharaja of Ernakulam and in the village of Vattavada. Abhimanyu Memorial Hall was inaugurated at Vattavada. Maharaja’s College shed tears in Abhimanyu’s memory last night. On the back wall he rewrote the lines he had written that day, ‘Let communalism perish’. Every year students continue to do so. SFI All India President VP Sanu and others were present. The inaugural function was held at the Abhimanyu Memorial Study Center, Kaloor.

Abhimanyu, a SFI Idukki district committee member, was stabbed to death on July 2, 2018, while he was a second year chemistry student at Maharaja’s. Abhimanyu was killed the day before the entrance ceremony of the college. Campus front activists graffiti on the SFI booked wall. On top of this, Abhimanyu’s letter “Let communalism perish” provoked the opponents. This led to the conflict that came to question.

Abhimanyu was stabbed to death at a nearby general hospital. Along with Abhimanyu, Arjun from Kottayam and Vineeth Kumar, an MA Economics student were stabbed.

Abhimanyu had come to Ernakulam during his school days to seek relief from the hardships of home confinement. Abhimanyu, who was always in the midst of difficulties, found relief in organizational work. Abhimanyu came to the YMCA’s Boys’ Home in Thrikkakara as a gifted family member and studied at Edappally St. George’s School till Class VIII. And then returned home. He studied up to Plus Two in a school near his home.

Returning to Ernakulam in search of work, Abhimanyu worked for a year in a hotel and shop at High Court Junction. Subsequently, in 2017, he was admitted to the Maharaja’s degree. After coming to college, Abhimanyu entered active politics. On the night of the attack, Abhimanyu reached Kochi on a lorry carrying vegetables. Bhupathi’s mother fell in front of Abhimanyu’s body, which was brought to the campus, and shouted, “My son, my daughter.

It is learned that the trial has not yet resumed as Kovid is still alive. Although a preliminary trial began in 2019, proceedings continued into the Kovid crisis. The introduction of the Kovid norms was an obstacle. Mohan Raj, special prosecutor in Abhimanyu’s case, said the trial is expected to begin in the Principal Sessions Court soon. Concerns have been raised about how the release of the accused on bail will affect the trial of the case. There is also a possibility that they may intimidate or influence witnesses.

The last accused surrendered in June last year as the trial of the case was about to begin. A lookout notice was issued for him but he could not be apprehended despite the investigation, which led to criticism. The police explained that the accused had left Kerala. The accused, who was absconding in Karnataka, surrendered without execution in the background of Kovid. Police have filed a 1500-page chargesheet in the case.

Defendants will be punished even if the knife is not found

Defendant Sahal Hamsa was the last to be arrested. He was taken into custody and evidence was taken but the knife used to stab him could not be found. It was said that it was thrown from the Venturuthi bridge into the lake. Two years after the incident, the court is convinced that it is not practical to find a knife.

The Special Prosecutor said the knife was not found as it was a premeditated murder and could not have been used as key evidence. Legal experts say the defendants will be punished because there are witnesses to the incident.