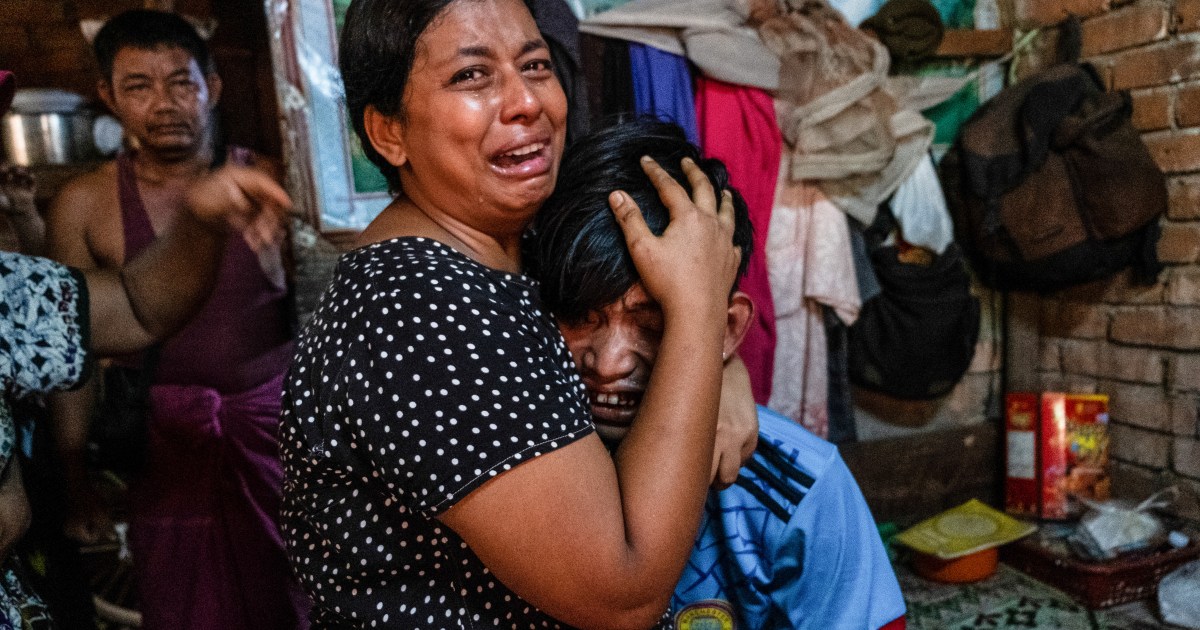 Defense chiefs from 12 countries condemned the Myanmar military for its murderous crackdown on protesters, as people across the Southeast Asian country mourned those who lost their lives on the bloodiest day since the coup of February 1.

“A professional army follows international standards of conduct and is responsible for protecting – not harming – the people it serves,” defense chiefs said. “We urge the Myanmar armed forces to end the violence and work to restore respect and credibility with the people of Myanmar whom they have lost by their actions.”

The other countries that signed the declaration were Australia, Canada, Germany, Greece, Italy, Denmark, the Netherlands and New Zealand.

Several children were among those killed.

The Nationalities General Strike Committee (GSCN), one of the main protest groups, paid tribute to those who died, saying in a Facebook post: “We salute our heroes who sacrificed lives during this revolution” . He added: “We have to win this REVOLUTION.”

Saturday also saw some of the fiercest fighting since the coup between the military and ethnic armed groups that control parts of the country. Military planes killed at least three people in a raid on a village controlled by a Karen minority armed group, a civil society group said on Sunday, after the National Karen Union faction said more early on that it had invaded a military post near the Thai border. killing 10 people.

The air raids sent the villagers to flee into the jungle.

There was no immediate comment from the Myanmar military.

The violence came as the military held a major show of power for its annual Armed Forces Day.

Chief General Min Aung Hlaing, the coup leader, said during a parade in Naypyidaw that the military would protect the people and fight for democracy. The general deposed Aung San Suu Kyi’s elected government, alleging fraud in an election that fired his National League for Democracy to power last November.

The European Union delegation to Myanmar said the 76th Myanmar Armed Forces Day “will be remembered as a day of terror and dishonor”.

“The killing of unarmed civilians, including children, is an indefensible act,” he added.

US Ambassador Thomas Vajda said in a statement that “security forces are killing unarmed civilians.”

“These are not the actions of a professional military or police force,” he wrote. “The people of Myanmar have spoken clearly: they do not want to live under military rule.”

Separately, the US embassy said shots were fired at its cultural center in Yangon on Saturday, although no one was injured.

UN Special Rapporteur Tom Andrews has said it is time for the world to act – if not through the UN Security Council, then through an international summit of ’emergency. He said the military government should be cut off from funding, like oil and gas revenues, and access to weapons.

“Words of condemnation or concern ring frankly hollow for the people of Myanmar as the military junta commits mass killings against them,” he said in a statement. “The people of Myanmar need the support of the world. Words are not enough. It is high time for solid and coordinated action. “

‘Unable to express the pain’

Myanmar’s death toll has steadily risen as authorities gain more and more force to quell opposition to the February 1 coup.

As of Friday, the Association for Assistance to Political Prisoners, a watchdog group, said it had verified 328 deaths in the post-coup crackdown. More than 2,400 people are in detention, he said.

The Myanmar Now news portal said the 114 killed on Saturday included a 13-year-old girl in Myanmar’s second city, Mandalay, and a 13-year-old boy in the central Sagaing region.

Phil Robertson, deputy director for Asia of New York-based Human Rights Watch, said Saturday’s events showed that the military, known in Myanmar as Tatmadaw, should be prosecuted in international courts.

“This is a day of suffering and mourning for the Burmese people, who have paid for the Tatmadaw’s arrogance and greed with their lives, time and time again,” he said.

New US and European sanctions this week have increased external pressure on the military. But Myanmar’s generals have had some backing from Russia and China, both vetoed UN Security Council members, which could block any potential UN action.

Diplomats said eight countries – Russia, China, India, Pakistan, Bangladesh, Vietnam, Laos and Thailand – sent representatives, but Russia was the only one to send a minister to the Armed Forces Day parade, which commemorates the start of resistance to Japanese Occupation in 1945.

Dr Sasa, spokesperson for the Committee representing Pyidaungsu Hluttaw (CRPH), an anti-coup group set up by ousted politicians, said the eight countries’ decision to attend the parade was “shameful” and “unacceptable”. He also urged the world community to designate the Myanmar military as a “terrorist organization”.

“It is impossible for us to express the pain we feel when we saw these foreign diplomats join in these celebrations of military generals. All these weapons they have deployed today are only aimed at killing the people of Myanmar, ”Sasa told Al Jazeera. “How many people have to die before the international community acts? … If there is no action, only words, I am afraid that my country will have to go through the biggest civil war, like we have never seen before.