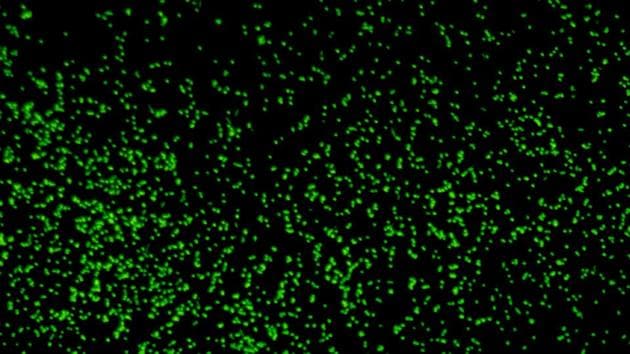 Scientists have successfully revived microbes recovered from sediments deep beneath the seabed in the heart of the South Pacific and which had survived dormant for 101.5 million years in research illustrating the resilience of life on Earth.

Microbes, covering 10 major groups and many small groups of bacteria, are perhaps the oldest known organisms on the planet. Scientists said on Tuesday that the microbes were present in clay samples drilled from the JOIDES Resolution research vessel about 245 feet (74.5 meters) below the seabed, within 3.5 miles (5, 7 km) of water.

Up to 99% of microbes, dating back to the age of dinosaurs, that have been found trapped in the sediment have survived despite the lack of nutrients during that time.

The researchers, led by geomicrobiologist Yuki Morono of the Japan Agency for Marine and Terrestrial Science and Technology, incubated the microbes for up to 557 days in a secure laboratory, providing ‘food’ sources of carbon and nitrogen such as ammonia, acetate and amino acids. The microbes grew, multiplied, and exhibited various metabolic activities.

“It is surprising and biologically difficult that a large portion of microbes can be revived after a very long period of burying or trapping under extremely low nutrient / energy conditions,” Morono said.

The microbes were aerobic – requiring oxygen to live – and oxygen was present in the sediment samples. This indicates, according to the researchers, that if sediment gradually builds up on the seabed at a rate of no more than a meter or two every million years, oxygen may remain present to allow these microbes to survive. incredible durations.

“The most exciting part of this study is that it basically shows that there is no limit to life in the ancient sediments of the Earth’s oceans,” said Steven D’Hondt, oceanographer for the University of Rhode Island, co-author of the study published in the journal Nature Communications.

Research published in 2000 described the reactivation of bacteria in 250-million-year-old salt crystals in Texas, but there is a dispute over the age of these microbes.

(This article was posted from an agency feed with no text changes. Only the title has been changed.)